Family, friends, food, fun and…figs? I missed a few important F’s but I think you get where I’m going here. All these F’s are important to me, and since it is late summer…figs make the list. 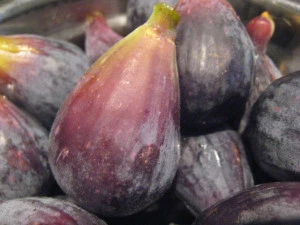 Surprisingly, figs are an actual fruit that grow from a tree and don’t just magically find their way in between a pastry.
Seriously though, I’ve finished a whole sleeve more times then I care to admit. Damn little things are so easy to eat; before I know it I have an empty plastic wrapper, a crumb covered couch, and a life or death need for a cold glass of milk.
For some people, the word fig is always and forever attached to Newton. That’s cool…maybe a little sad but whatever. As kids, we never really questioned what the filling was. I’m sure we deduced from the label that it was indeed a fig construct of some kind, but not really anything tangible. After all, what is a fig? I don’t remember ever being given a raw fig. Maybe someone did? But it was probably under ripe; which to a kid means he/she is now holding a scary looking, mushy, bitter, nasty “thing.” Fo reelz…under ripe figs suuuuuuuck. Don’t ever give a child a less then perfect fig. 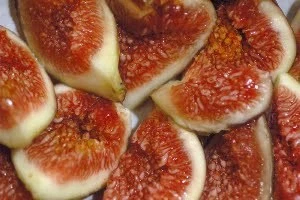 They can be eaten raw and whole, but are always sweeter with a little heat put to em. Figs looooove heat, especially direct dry heat, like a grill or broiler. I tend not to just munch on raw figs, (although we have a tree now, so maybe I should start?), but they are a versatile way to add sweetness to a plethora of dishes.

Recently I procured an obscene amount of figs via my favorite method. Pretty sure they’re Mission figs, but since there are over 700 varieties of fig…Mission is close enough.

I’ve done figs six ways from Sunday but most often I use them as an hor d’oeuvre. Maybe something like…

Preheat broiler on high. Cut figs in half and lay on and oiled sheet pan. Drizzle with a bit of oil and season with salt. Broil on top rack until just barely browned but totally heated through. Too much cooking will leave you with a puddle of fig. If that happens you can puree and use as a fig filling or topping.
Plate the warm figs and top with a bit of everything. A little pepper, a nubbin’ of ricotta, an almond, and a drizzle of honey and lemon juice…dee-lish.
Also feel free to wrap up all this goodness into a slice cured meat, like prosciutto.

Here is what I played around with at my buddies house the other night.  These pics show some lack of refinement, but I had a few handicaps I was dealing with…

My goal was to make a savory fig lollipop. I succeeded in all aspects of the dish except I didn’t quite have the appropriate cut of lamb I was envisioning.

But, jeebus was it delicious. 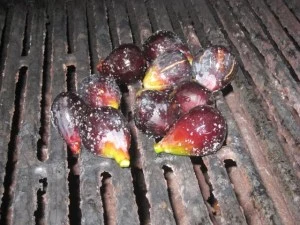 The last pic also shows a caramelized fig topped shark fillet with potato pave and the same sauce; ridiculously good as well. Both plates also had grilled cauliflower. FYI…grilled or broiled cauliflower IZ THA BOMB! I knew this dish was gonna be good…but not THAT good. Did I mention it was good? 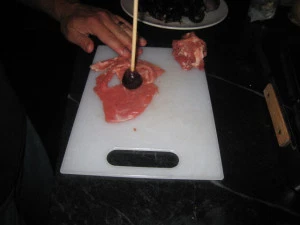 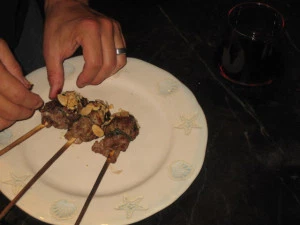 Of all the “common” fruits, figs are the highest in overall mineral content and are an excellent source of fiber. Raw figs also contain a bunch of phenols, which are powerful cancer fighting antioxidants.

Figs have a ton of other health benefits, and if they were imported from South America or the Himalayas, they would be marketed as a “super food.” But they aren’t…which is good for our pocket book as they can already be a little pricey.
You can buy dried figs at most places but Mediterranean markets will have the best price. 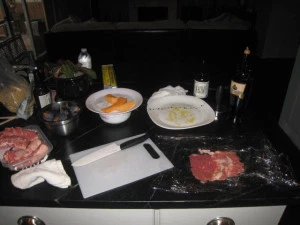 If you live in a climate that doesn’t get too cold, you might have a friend or neighbor that has a tree. If you do; then I’m sure they would be more then happy to have you pick some. Fig trees can get messy since birds and bugs love ’em; I mean, why wouldn’t they? Along with it’s nutrient density comes a ton of fructose. Natural sugar is a good thing; it gives you energy with no insulin spike.

A ripe fig is soft and squishy; if it’s cracked, no worries, that just means it needs to be eaten.

So this season; have some fun cooking figgy foods with family, and friends. 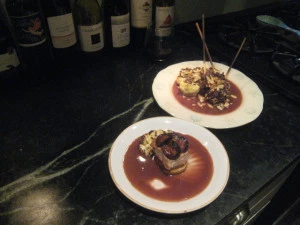